The Venice Grand Canal Mall in McKinley, Taguig City has been opened since 2015 but it is my first time to visit the place eventhough I am alread working in BGC for more than half a year now. It is relatively near to my workplace. Ironically, I was able to see the Venitian Macao first before even seeing the one in the Philippines. Both are malls with canals inspired to the Venice Canals in Italy; they both have Gondolas that can ride and serve tourists visiting the place which kind of entertaining to see. The Venitian Macao is incorporated with casino and hotel, while the Venice Grand Canal is a mall situated in a residential condominium. 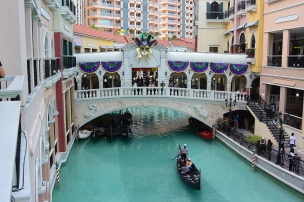 The photo on the left above is the Venetian Macao, Cotai Strip and on the right is the Venice Grand Canal, Taguig City. Venetian Macao has a more Venice-vibe and they have spent more on aesthetics to make it more like in Italy. It is noticeable that the one in Macao, the canal is narrower and they use fake sky ceiling that can make you feel dizzy; the canal is segmented but circumferential to the mall. On the other hand, Venice Grand Canal, Taguig City has used a lot of wallpaper that looked so fake and cheap. The canal is short but it is much wider than in Macao and it is under an open sky which gives a more authentic feel when you ride the Gondola. The Gondola ride in Macao is around ₱700  per person while in Taguig, the ride costs as low as ₱300 per person on weekdays, ₱350 on weekends, and ₱400 on holidays. The experience is still a lot cheaper here in the Philippines. 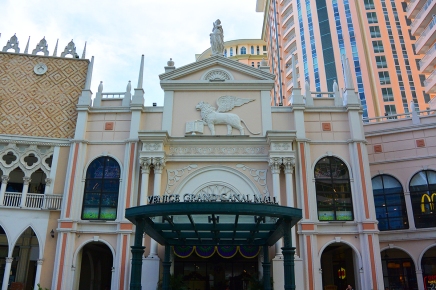 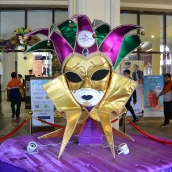 The facade of the Venice Grand Canal Mall will transport you to another dimension and will let you feel that you have traveled to another place away from the Philippines. When we visited Venice Grand Canal, they have a current theme of Carnival of Venice which same as the Mardi Gras or Martedi Grasso.

Upon entering the mall, you will be immediately greeted by the canal which is very picturesque and Instagram-worthy. So be ready to strike a pose and take photos. Take a lot of photos so you will have a lot of safety-shots that you can choose from. Better be safe than sorry. 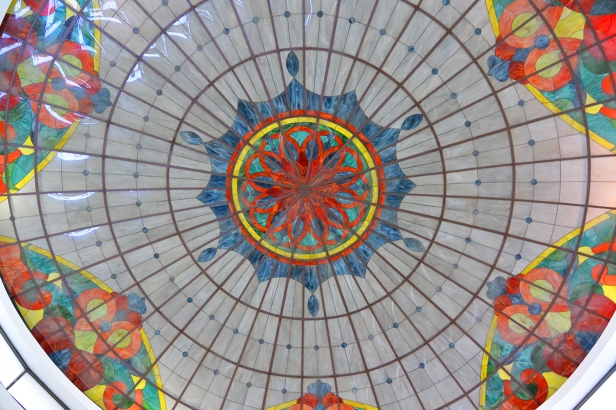 This is only the ceiling in the mall that I find interesting because of its colors. I could say that they could have put more paintings on the walls and ceilings to make it more like in Italy rather than white walls and ceilings. We this ceiling while we’re on the escalator. 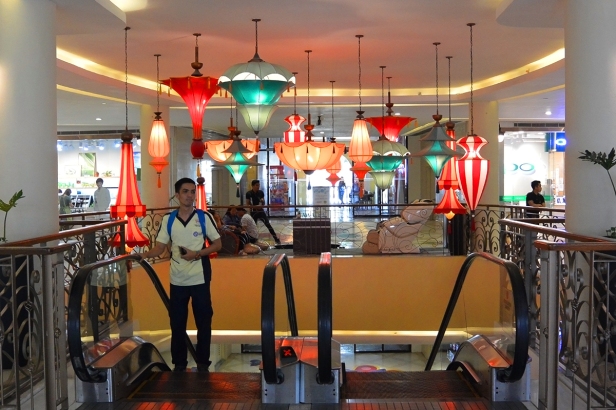 I think they love the idea of putting aesthetics over the escalator. Maybe people tend to look up when they’re at the escalator, thus this make the ceiling to be more appreciated. I don’t know if the design is Venetian or more of a circus. Nonetheless, they look pretty in pictures. 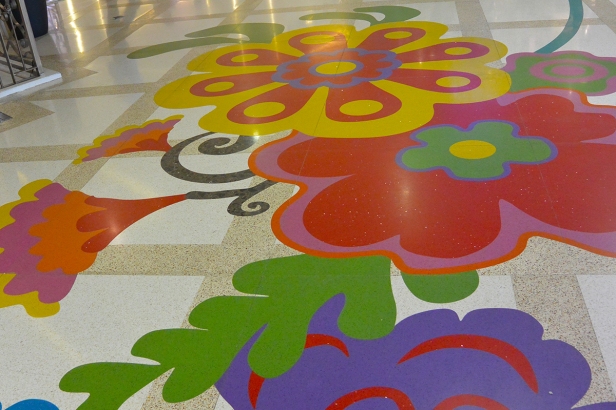 I am not really sure about the flower design on their tiles. It doesn’t really blend well with the Venetian design of the place. I have never been to Venice but not really sure with the mural-kind of flooring. It’s more of a tropical-vibe rather than a classical design of architecture that would suit more with the mall’s theme. 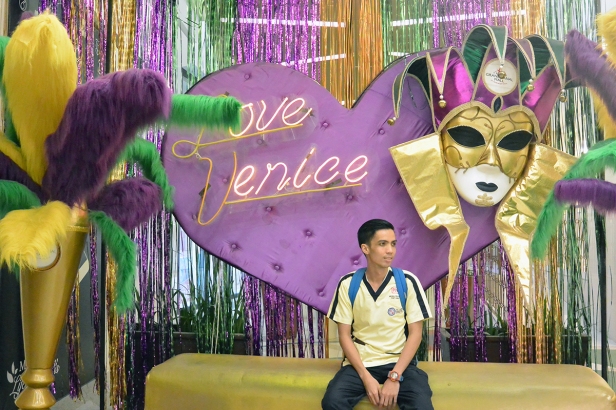 You can take your photos with their Venice-Carnival-themed backdrop somewhere in their semi-secluded area of the mall where only few passers-by get the chance to see the place. The good thing is, you can solo the place for your photo opportunity. 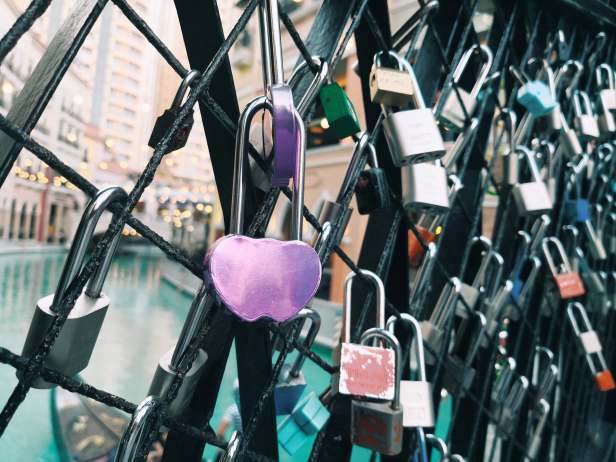 Just like in Venice, you put love-locks in one of their bridges as a sign your love with your partner that it will be forever be locked or whatever. Hahaha! I don’t know what do love locks mean in real life. You can purchase the lock in the mall, I am not sure if you can bring your own lock and put there for free. I don’t know why they use huge locks that are usually used for gates, they’re so heavy that they might bear weight to the railings and it might collapse in the future just like what happened with the love locks in Venice.

Overall, it’s still a nice experience to visit the Venice Grand Canal in Taguig City especially if you have not tried going out of the country yet. There are plenty of restaurants in the mall ranging from high-end-Italian-vibe restaurant to fast food like McDonald’s, Jollibee, Chowking, etc. that would suit your taste and your budget. There are also cinemas in the mall just in case you are wondering. I am just wondering, why even if it’s already 3 years in operation, there are still lots of stalls that are vacant.

How to Get There?

There are no public transportation that really passes-by the Venice Grand Canal, it is better if you take Uber, Grab, or Taxi from BGC or Pasay. If you’re coming from Marikina, you might get a chance to find a UV Express going to McKinley Hill and from there it’s a just 2-3 minute walk to the Venice Grand Canal.